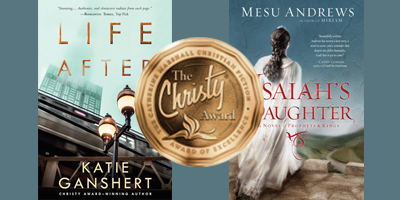 The Christy Awards were established in 1999 to honor Christian novels of excellence, imagination and creativity. The award is designed to nurture and encourage creativity and quality in the writing and publishing of fiction written from a Christian worldview and showcase the diversity of genres. 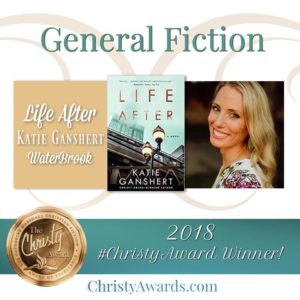 About Life After:
Snow whirls around an elevated train platform in Chicago. A distracted woman boards the train, takes her seat. Moments later a fiery explosion rips through the frigid air, tearing the car apart in a horrific attack on the city’s transit system. Twenty-two are lives are lost. Only one person is spared.

A year later, Autumn Manning, the sole survivor, is still stuck on the incident. She can’t move past the grief that torments her – and the guilt. Obsessed with those that passed away, she spends her nights restlessly tracking their stories and searching for answers: “Why not me?” Unexpectedly, her life collides with widower Paul Elliot and his curious 12-year old daughter. As their lives intersect, how do they find a way to make sense of the loss and move forward? 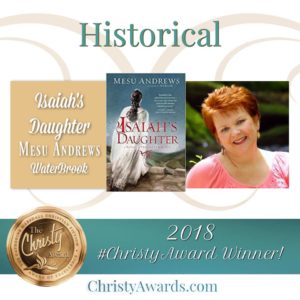 About Isaiah’s Daughter:
In this epic Biblical narrative, ideal for fans of The Bible miniseries, a young woman taken into the prophet Isaiah’s household rises to capture the heart of the future king.

Isaiah adopts Ishma, giving her a new name–Zibah, delight of the Lord–thereby ensuring her royal pedigree. Ishma came to the prophet’s home, devastated after watching her family destroyed and living as a captive. But as the years pass, Zibah’s lively spirit wins Prince Hezekiah’s favor, a boy determined to

rebuild the kingdom his father has nearly destroyed. But loving this man will awake in her all the fears and pain of her past and she must turn to the only One who can give life, calm her fears, and deliver a nation.