SNEAK PEEK: HOW TO BE A PERFECT CHRISTIAN by The Babylon Bee 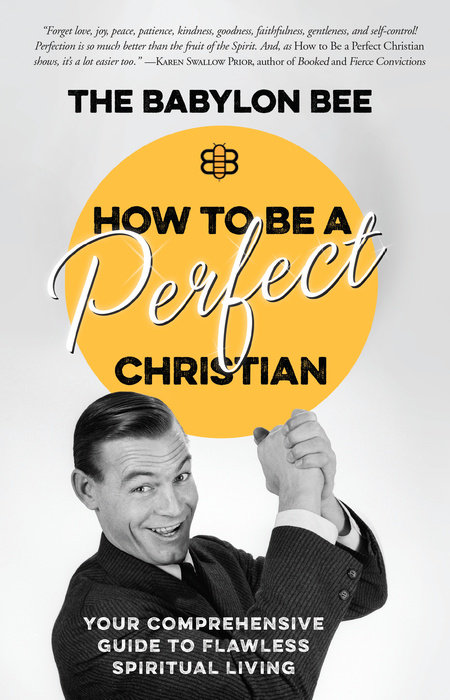 Read the first chapter of How to Be a Perfect Christian.

With a biting, satirical style reminiscent of The Onion, How to Be a Perfect Christian takes a humorous look at the quirks of cultural Christianity while subtly challenging the reader to search for more than a cultural faith.

Written in the trademark style of The Babylon Bee, this book humorously satirizes cultural Christianity while peppering in subtle challenges to the reader. Through humor and sarcasm (and a handy meter to rank your “holiness” as you progress through the book), readers will be called to find a more biblical understanding of the Christian faith, all while poking fun at the quirks of the modern, American Christian community.

The founders of The Babylon Bee, a widely popular Christian website known for its satirical take on Christian culture, have signed an agreement with Multnomah, an imprint of the Crown Publishing Group, to publish How to Be a Perfect Christian: Your Comprehensive Guide to Flawless Spiritual Living, releasing May 1, 2018.

Kendall Davis, Associate Editor at WaterBrook and Multnomah, acquired world rights to the work in print and digital formats from Andrew Wolgemuth of Wolgemuth & Associates.

“The Babylon Bee offers a refreshing and hilarious take on modern, American Christianity,” says Davis. “Getting to partner with the witty, whip-smart team at the Bee is an editorial dream, and we’re so excited to put this funny and important book into the marketplace.”

Originally launched in March 2016, The Babylon Bee has quickly grown to be a favored source of humor [ … ]