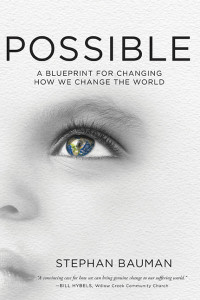 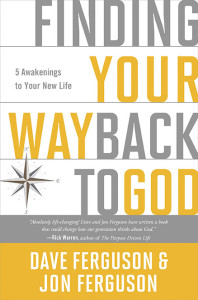 Possible: A Blueprint for Changing How We Change the World by Stephen Bauman was chosen as Resource of the Year in the Social Justice category. Bauman, president of World Relief, provides a clear and biblical vision for changing the world and provides the practical tools believers need to sustainably impact their workplaces, neighborhoods, and cities. The paperback edition of Possible will release on July 19, 2016.

Finding Your Way Back to God: Five Awakenings to Your New Life by Dave & Jon Ferguson has been named Resource of the Year in the Discipleship/Spiritual Growth category. In the book, the Fergusons, pastors of the 13-campus Community Christian Church in Chicago, reach out to those who are feeling spiritually adrift or confused and provide insight into the awakenings people experience as they feel the need for God in their lives. Since its release in February 2015, Finding Your Way Back to God has become a CBA bestseller and the book, along with the corresponding DVD and participant’s guide, are being used by hundreds of churches around the country. The paperback edition of Finding Your Way Back to God releases March 1, 2016.

For more information on these titles, visit WaterBrookMultnomah.com.