SNEAK PEEK – HIDING IN THE LIGHT by Rifqa Bary

After four years of hiding my faith from my family, I knew that it was time. I wrote with shaky hands, Jesus Christ is my Lord and Savior. I refuse to deny him. There was no turning back now. I had to get out of that house if I wanted to live. Was this worth risking everything for? Yes.

Read the first chapter of Hiding in the Light.

Leaving Islam for Christianity cost her more than she imagined

but gave more than she could have dreamed.

VIDEO: Hiding in the Light by Rifqa Bary 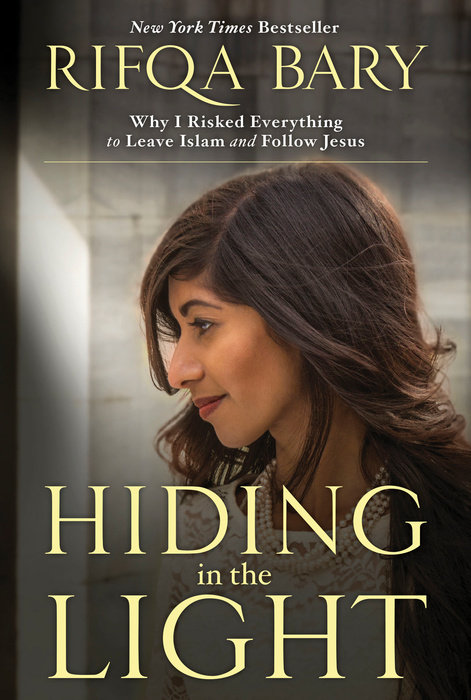 Runaway Teen, Christian Convert Rifqa Bary Tells Her Story of Escape and Life after the Headlines

COLORADO SPRINGS, Colo. (September 15, 2014)In 2009, a national news story broke of a teenage girl named Rifqa Bary, who had fled her Ohio home to find refuge in Florida, claiming her Muslim father had threatened to kill her for refusing to renounce her Christian faith. The media reporting and court case that ensued sparked a firestorm of coverage about Sharia law, parental rights and religious persecution. Now a 22-year-old college studentliving in an undisclosed location, still convinced her life is under threatBary shares for the first time her own story of that decision to run away, the consequences and the faith that continues to fuel her in Hiding in the Light: Why I Risked Everything to Leave Islam and Follow Jesus (WaterBrook Press, May 5, 2015).

Upon the discovery of her whereabouts, Barys parents fought to have their teenage [ … ]