No One Ever Asked Receives PW Starred Review 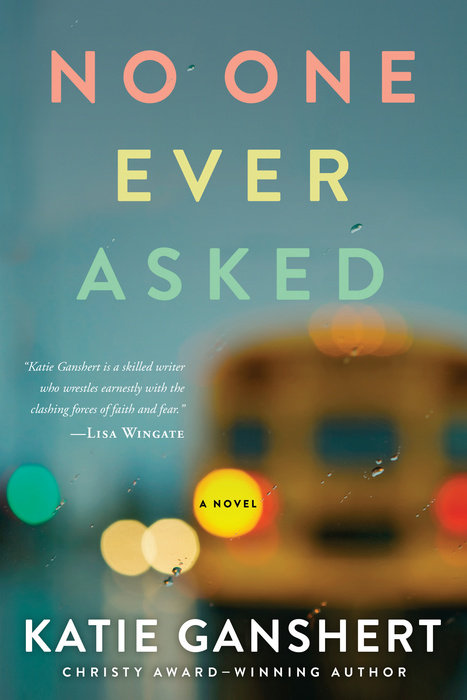 Katie Ganshert has received Publishers Weekly’s highest praise with a starred review for her upcoming contemporary fiction, No One Ever Asked, releasing April 3, 2018.

Publishers Weekly (2/12/18): Ganshert (Life After) probes questions of class, race, and faith in this riveting novel of a forced school merger. The small, affluent Missouri school district of Crystal Ridge has been ordered by the state to accept students from a poor neighboring district that lost its accreditation. The merging of these racially, economically, and socially different schools brings together three women representative of the communities: Camille, PTA member and involved mother, who organizes the annual 5K run; struggling adoptive mom Jen who would rather go back to being a full-time nurse; and Anaya, the young first-time teacher at the school trying to bridge the divide between the old and new students. Each woman faces personal [ … ]

Book Trailer: NO ONE EVER ASKED by Katie Ganshert

Challenging perceptions of discrimination and prejudice, this emotionally resonant drama for readers of Lisa Wingate and Jodi Picoult explores three different women navigating challenges in a changing school district–and in their lives.

When an impoverished school district loses its accreditation and the affluent community of Crystal Ridge has no choice but to open their school doors, the lives of three very different women converge: Camille Gray–the wife of an executive, mother of three, long-standing PTA chairwoman and champion fundraiser–faced with a shocking discovery that threatens to tear her picture-perfect world apart at the seams. Jen Covington, the career nurse whose long, painful journey to motherhood finally resulted in adoption but she is struggling with a happily-ever-after so much harder than she anticipated. Twenty-two-year-old Anaya Jones–the first woman [ … ]