SAMUEL RODRIGUEZ, AUTHOR OF BE LIGHT, TO SPEAK AT TRUMP INAUGURATION 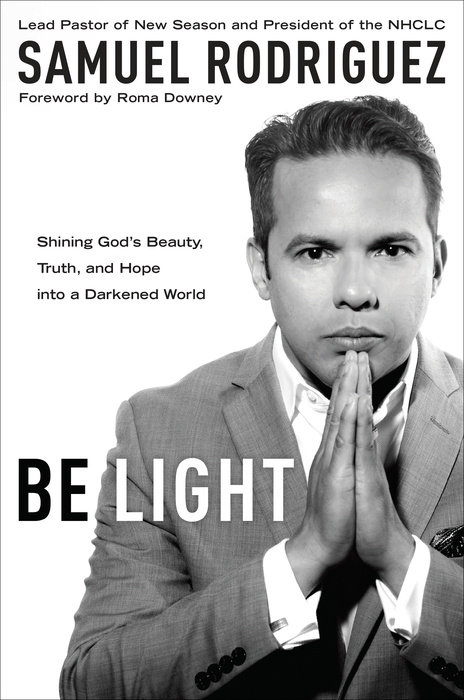 Samuel Rodriguez, president of the National Hispanic Christian Leadership Conference and author of Be Light: Shining God’s Beauty, Truth, and Hope into a Darkened World (Feb. 21, 2017, WaterBrook) will be a part of the inauguration ceremony for President Donald Trump on Friday, January 20.

Rodriguez, who is pastor of New Seasons Christian Worship Center in Sacramento, Calif., is the first Assemblies of God pastor and first Christian Hispanic to participate in a presidential inauguration ceremony.

“The opportunity to speak on the quintessential political platform in the world, and to be able to lift up Jesus on that stage before that global audience, without a doubt is one of the greatest privileges I have ever received in my life. It’s a God-graced opportunity that one cannot turn down,” Rodriguez said to PE News.

Rodriguez’s book Be Light originally published in hardcover in May 2016. A paperback edition and a Spanish edition Ser Luz (Vintage Espanol), will release on February 21, 2017 (WaterBrook). In Be Light, Rodriguez issues a call–reminiscent of a biblical prophet–to individual Christians and the church to rise up in all of life’s arenas and become “the bright city on a hill.”

Coming this summer, Rodriguez will release with Dr. Robert Crosby a new book When Faith Catches Fire: Embracing the Spiritual Passion of the Latino Reformation on June 20, 2017, from WaterBrook.