Redeeming Love. California’s gold country, 1850. A time when men sold their souls for a bag of gold and women sold their bodies for a place to sleep.

Angel expects nothing from men but betrayal. Sold into prostitution as a child, she survives by keeping her hatred alive. And what she hates most are the men who use her, leaving her empty and dead inside.

Then she meets Michael Hosea, a man who seeks his Father’s heart in everything, Michael obeys God’s call to marry Angel and to love her unconditionally. Slowly, day by day, he defies Angel’s every bitter expectation, until despite her resistance, her frozen heart begins to thaw.

But with her unexpected softening comes overwhelming feelings of unworthiness and fear. And so Angel runs. Back to the darkness, away from her husband’s pursuing love, terrified of the truth she no longer can deny: her final healing must come from the One who loves her even more than Michael does. The One who will never let her go.

A powerful retelling of the story of Gomer and Hosea, Redeeming Love is a life-changing story of God’s unconditional, redemptive, all-consuming love. 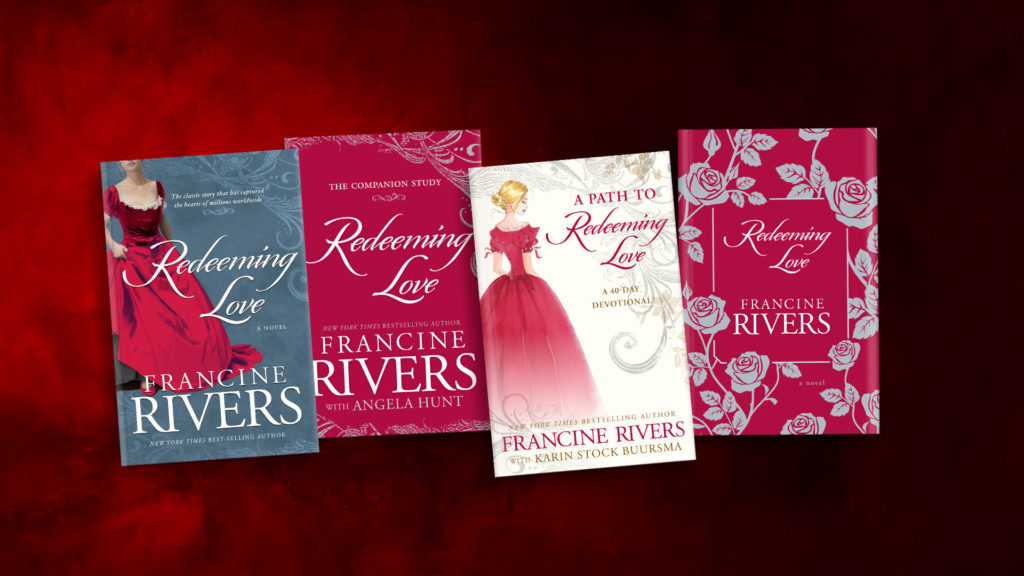 Redeeming Love Keepsake Edition: The compelling story of a love that won’t let go, now in a beautiful keepsake edition!

Redeeming Love: The Companion Study offers longtime fans as well as readers new to the Christian romance classic a meaningful way to explore the book’s message and go deeper into the story’s Biblical ties.

Soon to be a Major Motion Picture! 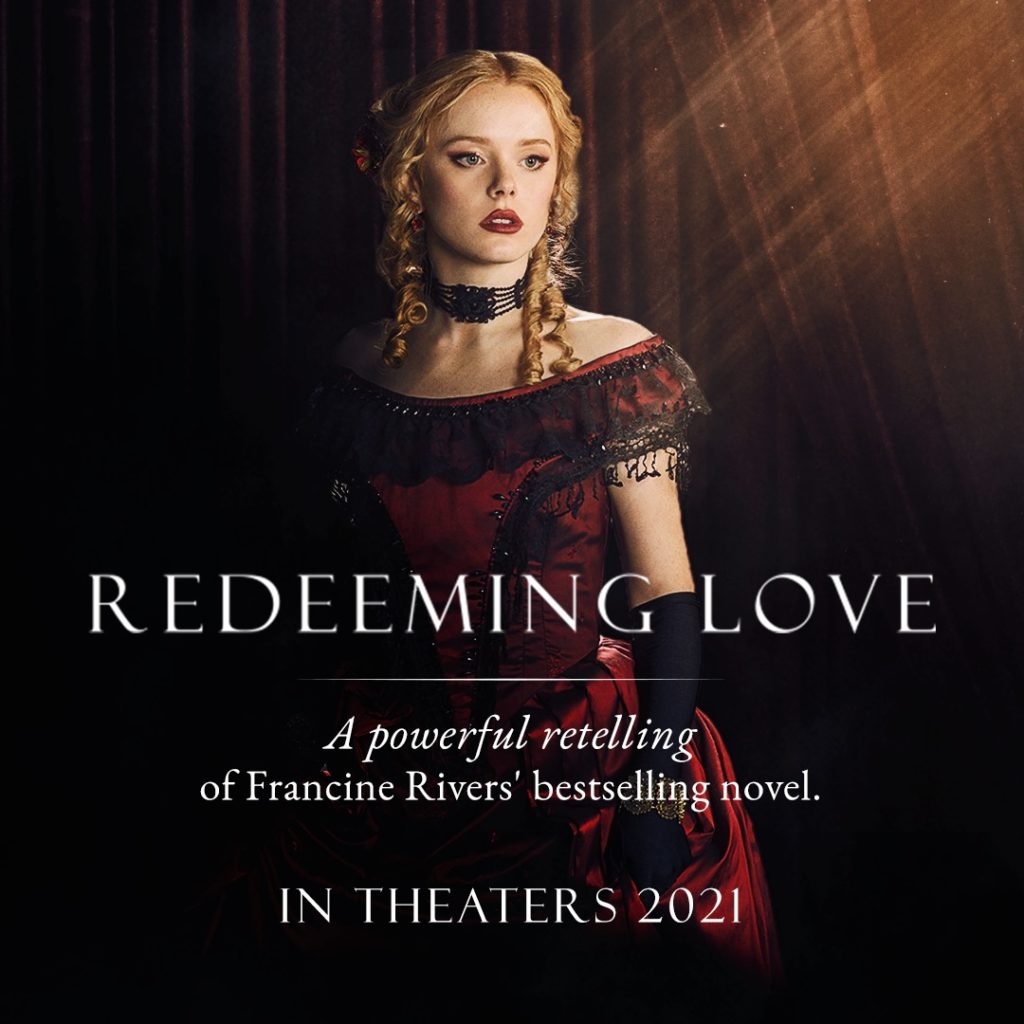 Redeeming Love has touched lives all over the world for 20 years. How has this book impacted your life? Go to our Redeeming Love Facebook page to be part of this phenomenal book’s legacy by including your story. 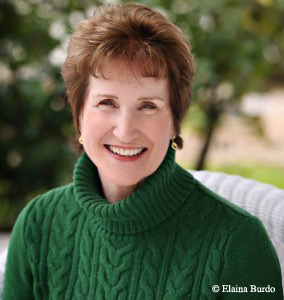 Francine Rivers began her literary career at the University of Nevada, Reno, where she graduated with a Bachelor of Arts degree in English and Journalism. From 1976 to 1985, she had a successful writing career in the general market and her books were awarded or nominated for numerous awards and prizes. Although raised in a religious home, Francine did not truly encounter Christ until later in life, when she was already a wife, mother of three, and an established romance novelist. Shortly after becoming a born-again Christian in 1986, Francine wrote Redeeming Love as her statement of faith. First published by Bantam Books, and then re-released by Multnomah Publishers in the mid- 1990s, this retelling of the biblical story of Gomer and Hosea set during the time of the California Gold Rush is now considered a classic work of Christian fiction and continues to be one of the Christian Booksellers Associations top-selling titles; it has held a spot on the Christian bestseller list for nearly a decade.

Francine and her husband Rick live in Northern California and enjoy the time spent with their three grown children and every opportunity to spoil their five grandchildren. She uses her writing to draw closer to the Lord, and that through her work she might worship and praise Jesus for all He has done and is doing in her life. For more information visit Francine’s website, www.FrancineRivers.com.

Francine recently recorded an interview with Recorded Books/Audible to talk about what Redeeming Love has meant to her. Listen to the interview here.

Meet the characters from the beloved story of Redeeming Love and pass them along to a friend!

Ever wonder how Redeeming Love came to be? See below for answers from Francine:

How did you get started as a writer?

From the time I was a child, I knew I would be a writer. Because I didn’t know what I would write, I majored in English (emphasis in literary writing) and minored in journalism (emphasis on who-what-when-where-why). My parents had always been non-fiction readers. Rick’s family loved all kinds of books and lots of fiction. Mom Edith loaned me novels and I loved them. On a dare (from Rick) I decided to write a combination of my favorite genres and wrote a western-gothic-romance. Romance novels were booming in the general market, publishers were on the look-out for new writers. My first manuscript sold and was published. I was hooked! I followed with eight or nine more (of what I call my B.C. (before Christ) books). They are all now out of print, are never to be reprinted, and are not recommended.

When I turned my life over to Jesus, I couldn’t write for three years. I tried, but nothing worked. I struggled against God over that because writing was my identity. It took that period of suffering writer’s block to bring me to my senses. God was trying to open my eyes to how writing had become an idol in my life. It was the place I ran to escape, the one area of my life where I thought I was in complete control. (Hardly!) My priorities were all wrong and needed to be put right. God first, husband and children second (we had three children by then) and third– work. I prayed God would change my heart. My love for writing and reading novels waned and my passion for reading and studying God’s Word grew.

Rick and I began hosting a home Bible study. I began working with Rick in his business. The children came along and played in the office, hiding in the shipping popcorn. Writing ceased to matter. I was in love with Jesus and my husband and children. God never stops with the transformation process. We began studying the book of Hosea, and I sensed God calling me to write again this time a romance about Jesus love for each of us. Redeeming Love was the result. It is the retelling of the Hosea story, set in Gold Rush-era California. After I turned it in, I wasn’t sure whether I would write anything more. I had so many questions about what it means to be a Christian, how to live for God, different issues that still haunted me. I felt God nudging me toward using my writing as a tool to draw closer to Him. I would ask my question, create characters that would play out the different viewpoints and seek God’s perspective. I began work on A Voice in the Wind. Writing has become a way to worship the Lord through story to show how intimately He wants to be involved in our lives.

Which is your favorite book of those you’ve written?

My favorite book is Redeeming Love. It was my first as a born-again Christian, my statement of faith, and the most exciting year I’ve spent writing anything. I felt God’s presence throughout the months of work, as though He were telling me His story through thousands of Scriptures as well as explaining the inner heart-ache and quest of each my characters.

Which character is your favorite?

My favorite character is Michael Hosea from Redeeming Love. He is like Jesus, the lover of my soul.

Buy this audio book and more on Audible.com.