COLORADO SPRINGS, Colo. (Jan. 27, 2016)—Jennie Allen, founder and visionary for IF:Gathering, has signed a multiple book deal with WaterBrook Multnomah, imprints of Crown at Penguin Random House. The first as of yet untitled book is scheduled to release on January 31, 2017, in print and digital formats, to coincide with the fourth IF:Gathering Conference on Feb. 3-4, 2017.

Allen is a well-respected speaker, Bible study teacher and author. She created the DVD-based Bible studies Stuck: The Places We Get Stuck and the God Who Sets Us Free, Chase: Chasing After the Heart of God, Restless: Because You Were Made for More and the trade books Anything: The Prayer That Unlocked My God and My Soul and Restless: Because You Were Made for More (Thomas Nelson). In 2013, she received the Christian Book Award for “New Author” from the Evangelical Christian Publishers Association.

Based in Austin, Tex., Allen spearheads the fastest growing Christian women’s organization to start up in many years. She began IF:Gathering, with the help of a small group of friends, in the Fall 2013 with the 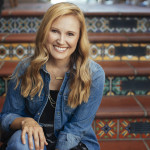 vision to gather, equip and unleash women to live out God’s calling on their lives. IF:Gathering hosted its first event in February 2014 in Austin, Tex., and sold out tickets in 47 minutes. In its first two years, the IF:Gathering has reached more than a million women in 50 countries through live streaming the event into local churches, theaters and homes.

“Every time we meet with Jennie Allen I come away with a clear sense of God’s moving,” said Alex Field, vice president and publisher of WaterBrook Multnomah. “We believe that Jennie’s biblical, vulnerable, and deeply passionate message will impact generations of people in the coming years through all that God is doing through her life. For these reasons and more, it is an honor and a privilege for the team at WaterBrook Multnomah to partner with Jennie on her future books.”

“Waterbrook blew me away with their creative vision for these books,” stated Allen. “I cannot wait to build alongside such a great team in the coming years. Alex Field and Tina Constable have a big vision for WaterBrook’s future in publishing and I am honored to be a part of it.”

For more information about Jennie Allen and IF:Gathering, visit www.ifgathering.com.