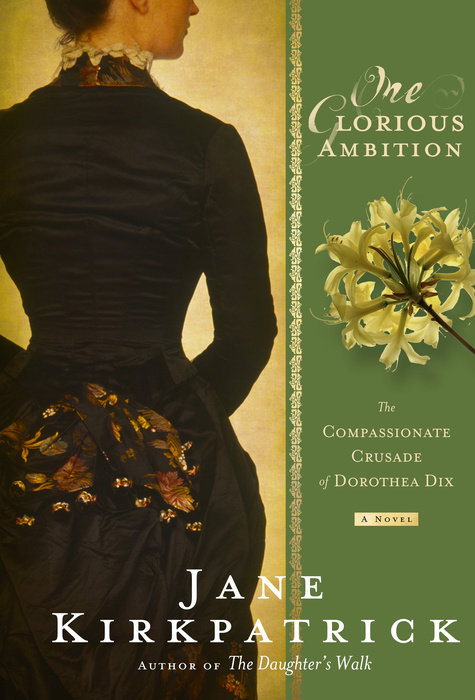 The famous psychiatrist Karl Menninger noted that the single most important indicator of a person’s mental health was generosity. “Generous people are rarely mentally ill,” he wrote.  I think the early social reformer Dorothea Dix understood that concept. She’d survived a difficult childhood and was a successful teacher by the time she was fifteen opening a school for girls when young ladies rarely attended school. By the time she was twenty, she had a bestselling book, the first of many. Yet she often had serious bouts with a lung illness and terrible fatigue, some of which appeared to be related to great sadness and loneliness.

When she began working on behalf of the mentally ill later in her life, her health dramatically improved.  Where she’d stayed home from church for fear of catching a cold on the Boston streets or had to rest so often she eventually closed her school, when the mentally ill needed a voice, hers became strong and steady. She traveled thousands of miles by stagecoach evaluating the conditions in all the states of the union in the 1840s, rising at 5:00am and often writing her reports late into the night. When the Civil War broke out she volunteered to comfort sick soldiers and train nurses. People commented on her unbounded energy.  She even donated money to hospitals and individuals and for the humane treatment of animals and even funded an entire rescue fleet for the Sable Islands off the coast of Nova Scotia.

I think Dorothea understood that relieving the struggles of others helps relieve our own.

Original devotional from Jane Kirkpatrick, author of One Glorious Ambition

Daily Reflection: Whose life today could you bring joy to, even if your own day is weighing you down? Write a letter or make a call. You might be surprised at how serving others brings a lift to your own life.