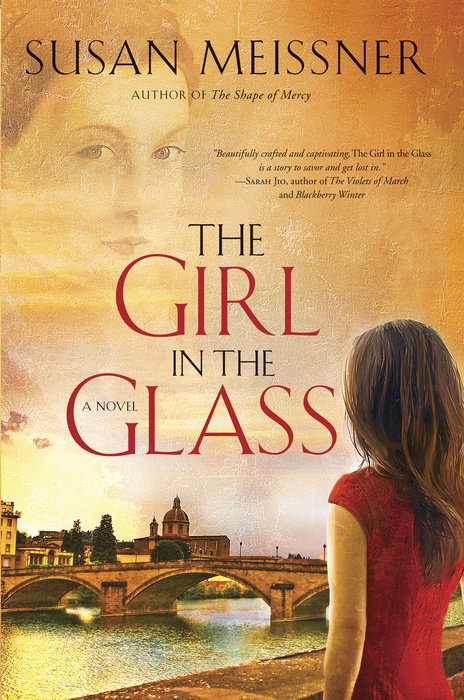 Author, The Girl in the Glass

Anytime I chat with someone who has just returned from a trip to Italy, the first question I always ask is, Did you go to Florence?

And if they say yes, then I ask them if they saw the David. Not the stony imposter that sits in the sun-and-statue-drenched piazza of the Palazzo Vecchio. Did they see the real deal. Michelangelos David. The one that stands on the tiled floor of the library-quiet Accademia. The one that takes your breath away. Did they see that one?

If they say no, they ran out of time, or no, they didnt want to wait in line, or  and this is the worst  theyre happy with the photo they got of the copy in the piazza, I experience a little inner crisis.  To have been to Florence and not seen the David is, as my character Sofia in The Girl in the Glass says, to have visited heaven and not seen God.

I know this is true, because the first time I saw Florence, I didnt see him. I snapped photos of the Imposter in the piazza like so many other clueless tourists, while being harangued by street vendors wanting to sell me fake Versace purses. It wasnt until my second trip five years later that I saw what Michelangelo had chopped, coerced, coaxed, and coddled out of a tower of marble seventeen feet tall.

It is in a word, spectacular. I read in my research for The Girl in the Glass that its not uncommon for people to lose get dizzy or even faint when they gaze up at the David. There is even a name for the illness — Stendhals Syndrome. Every year a handful of people are treated at a nearby hospital after beholding this statue that is almost too beautiful for the human eye.  The fake David statue in the piazza is pretty. But the real deal is magnificent.

I think sometimes we too easily talk ourselves into being content with just good enough. Why bother looking for the spectacular when just good enough is conveniently right at my elbow? In The Weight of Glory, C.S. Lewis writes: We are half-hearted creatures, fooling about with drink and sex and ambition when infinite joy is offered us, like an ignorant child who wants to go on making mud pies in a slum because he cannot imagine what is meant by the offer of a holiday at the sea. We are far too easily pleased. Lewis isnt one to mince words. Hes talking about something far greater than art appreciation of course. But he is talking about not settling for just good enough.

The masters of the Italian Renaissance were gifted as few had been gifted before or since. They left us with jaw-dropping examples of what a true pursuit of excellence looks like. I think we are meant to be utterly wooed by the magnificent. The magnificent makes us look up. It makes us a little unsteady on our feet. It dazzles. It delights. It makes us realize there is infinite joy beyond the ordinary if we would just take the time and trouble to behold it.

Its worth the effort.

And if you ever get to Florence, plan ahead. Stand in line. See the David.

Take a deep breath and look up.