Books to Swoon Over 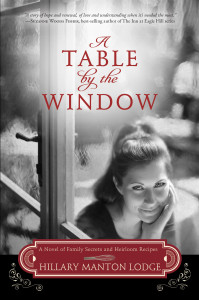 The youngest heir to a French-Italian restaurant dynasty, food writer Juliette DAlisa has spent her life negotiating her skill with words and her restaurant aspirations. When her brother Nico offers her a chance to open a restaurant together, she feels torndoes she really have what it takes? Should she risk leaving her journalism career?

After the death of her grandmother, Juliette discovers an antique photograph of a man who looks strikingly like her brother. As the truth behind the picture reveals romance and dark secrets, Juliette struggles to keep the mystery away from her nosy family until she can uncover the whole story.

Inspired by her grandmothers evolving story, Juliette resolves to explore the world of online dating. To her surprise, she finds a kindred spirit in Neil McLaren, a handsome immunologist based in Memphis, Tennessee. With a long-distance relationship simmering, Juliette faces life-shifting decisions. How can she possibly choose between a promising culinary life and Neil, a man a world away in more ways than one? And is it possible her Grandmothers story can help show the way?

Take the Quiz: What Kind of Foodie Are You? 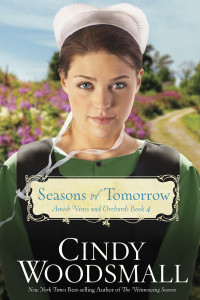 As love restores Rhoda, a sudden tragedy is the test of faith she never saw coming.

More settled in her heart than ever before, Rhoda Byler feels a newfound confidence living in the Old Order Amish settlement she helped establish in Orchard Bend, Maine.  Time has helped to heal the wounds of Rhodas recent severed relationship, and she finds that even her unusual gift of profound intuition is less of a burden as she continues to seek Gods wisdom for her future. She is happy to be working alongside the King family and the love of her life as they tend and nurture the settlements orchard.

Yet when Leah Kings involvement with Englischer Landon Olson becomes known outside of the Maine community, her disregard of the Ordnung could threaten all the Orchard Bend Amish are building.  In the midst of addressing the discord, a shocking tragedy challenges the young settlement like never before, threatening to uproot Rhodas peace and the future of everything she holds dear.

When several members of Orchard Bend Farms are displaced, the estranged King brother is called upon to return. Can those who founded the new Amish community in Maine unite Or will the lingering pain of past hurts and present struggles result in the end of their dreams? 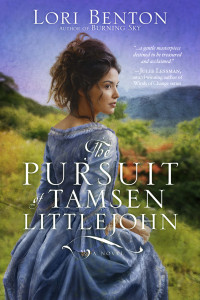 In an act of brave defiance, Tamsen Littlejohn escapes the life her harsh stepfather has forced upon her. Forsaking security and an arranged marriage, she enlists frontiersman Jesse Bird to guide her to the Watauga settlement in western North Carolina. But shedding her old life doesnt come without cost. As the two cross a vast mountain wilderness, Tamsen faces hardships that test the limits of her faith and endurance.

Convinced that Tamsen has been kidnapped, wealthy suitor Ambrose Kincaid follows after her, in company with her equally determined stepfather. With trouble in pursuit, Tamsen and Jesse find themselves thrust into the conflict of a divided community of Overmountain settlers. The State of Franklin has been declared, but many remain loyal to North Carolina. With one life left behind and chaos on the horizon, Tamsen struggles to adapt to a life for which she was never prepared. But could this challenging frontier life be what her soul has longed for, what God has been leading her toward? As pursuit draws ever nearer, will her faith see her through the greatest danger of allloving a man who has risked everything for her? 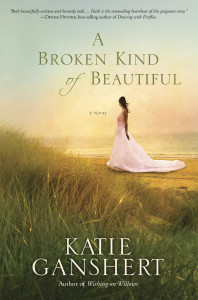 Sometimes everything you ever learned about yourself is wrong

Fashion is a fickle industry, a frightening fact for twenty-four year old model Ivy Clark. Ten years in and shes learned a sacred truthappearance is everything. Nobody cares about her broken past as long as she looks beautiful for the camera. This is the only life Ivy knowsso when it starts to unravel, shell do anything to hold on. Even if that means moving to the quaint island town of Greenbrier, South Carolina, to be the new face of her stepmothers bridal wear linean irony too rich for words, since Ivy is far from the pure bride in white.

If only her tenuous future didnt rest in the hands of Davis Knight, her mysterious new photographer. Not only did he walk away from the kind of success Ivy longs for to work maintenance at a local church, he treats her differently than any man ever has. Somehow, Davis sees through the façade she works so hard to maintain. He, along with a cast of other characters, challenges everything Ivy has come to believe about beauty and worth. Is it possible that God sees hera woman stained and broken by the worldyet wants her still?