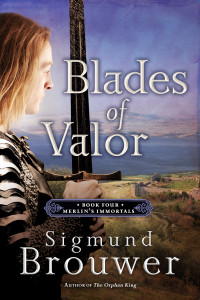 Travel with Thomas from Jerusalem to England in this exciting conclusion to the Merlin’s Immortals series.

Thomas is finally in the Holy Land and reunited with Sir William, but is forced to travel on his own from the coast through Nazareth, and finally to Jerusalem. The road is a dangerous oneespecially to a lone traveler. Bandits masquerade as slaves, traitors appear to be allies, and once again, Thomas doesnt know whom to trust. He must rely on his own resources to discern friend from foe, and to finally discover the final key to the Druids’ master plan before returning home to expose them.

Back in England, a final storm is brewing against Thomas, for the Druids are much more powerful than the Orphan King can even imagine. 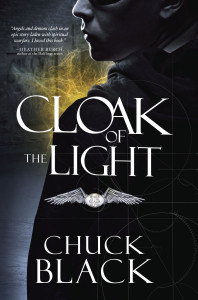 What if…there was a world beyond our vision, a world just fingertips beyond our reach? What if…our world wasnt beyond their influence?

Tragedy and heartache seem to be waiting for Drew Carter at every turn, but college offers Drew a chance to start overuntil an accident during a physics experiment leaves him blind and his genius friend, Benjamin Berg, missing.

As his sight miraculously returns, Drew discovers that the accident has heightened his neuron activity, giving him skills and sight beyond the normal man. When he begins to observe fierce invaders that no one else can see, he questions his own sanity, and so do others. But is he insane or do the invaders truly exist?

With help from Sydney Carlyle, a mysterious and elusive girl who offers encouragement through her faith, Drew searches for his missing friend, Ben, who seems to hold the key to unlocking this mystery. As the dark invaders close in, will he find the truth in time?