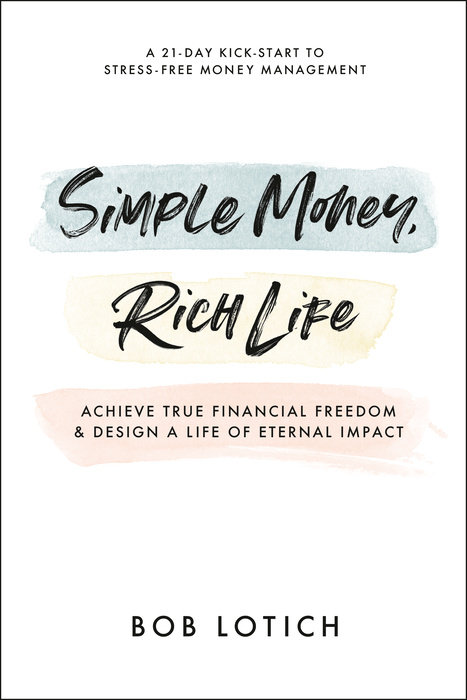 A hope-filled money guide to increase savings, earnings, and giving and actually enjoy it all while designing a life of freedom and eternal impact, from the founder of SeedTime Money.

Broken down and stranded 1,000 miles from home with only $7 left in his bank account, Bob Lotich had reached his breaking point. He was stuck in a dead-end job, living paycheck-to-paycheck, and overwhelmed by debt. Bob had been following the world’s advice with money and this was the fruit of it. In desperation, he cried out to God for wisdom, for a different way. The answer was a simple four-part formula, one based on timeless biblical principles, and, most important, it worked.

After applying this simple formula, Bob discovered that his financial stress melted away and he finally felt fully in control of his money. As he continued to follow the four steps, he paid off over $400,000 in debt, reached a personal goal of giving $1 million by age 40, and achieved a level of financial freedom he never dreamed possible.

In his casual and approachable style, Bob (along with his fun-loving wife, Linda) shares everything he learned about achieving true financial freedom, including:

• How to create a money system so you can spend less time and get better results
•  The One-Category Budget: get 80% of the results with 20% of the work
•  The four keys to earning more in the digital era
•  How to automate your way to financial success in less than 10 minutes
•  The secrets of a six-figure giver
•  Three credit card rules that banks don’t want you to know
•  How to save $100s each month while still buying what you love
•  And much more!

Whether you are doing “fine” or are in a financial crisis, the included 21-day kick-start will leave you with specific action items to guide you to success. You can have financial security, peace, significance, and eternal impact. Let Bob show you how to reimagine money as it was meant to be: simple.