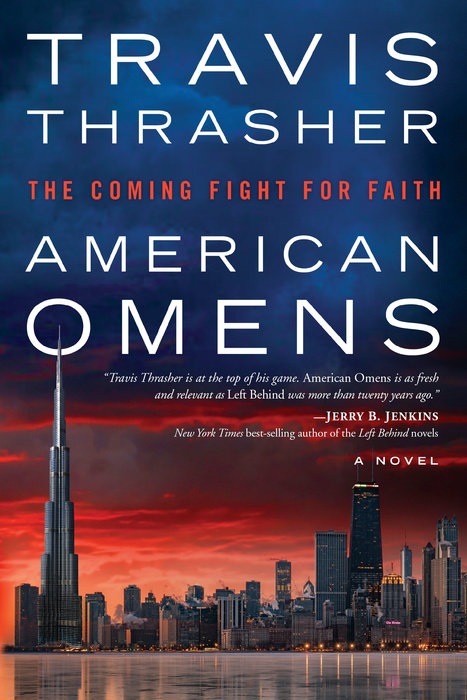 In this taut thriller that depicts a future where belief is dangerous, faith is deemed hatred, and a group of powerful elite keeps watch, the Reckoner has come to wake up America.

The year is 2038 and Cheyenne Burne is a brilliant young programmer working for Acatour, the world’s top technology firm. Her father converts to Christianity, and he suddenly disappears without a trace. When a stranger hands Cheyenne a coded message that sends her on a collision course with a clandestine group of believers, she must put her life in the hands of those following a man known only as the Reckoner. He claims he wants to bring back true faith in Christ to America and also reveal the forces behind the disappearances of the many renowned people who publicly declared their Christian faith.

Operating in the shadows and living off the grid, this mysterious prophet assembles a ragtag team–including a former bookseller whose store was shut down for selling prohibited books–to help him take the battle for transparency to the top. With a ruthless FBI agent closing in, can Cheyenne and the others expose the truth and lead a return to God in America before it’s too late?
Praise
“In American Omens, Travis Thrasher is at the top of his game, imagining the future with the eyes of a seasoned novelist penning the story he was destined to write. As fresh and relevant as Left Behind was more than twenty years ago, American Omens may be the first of many more novels about the persecuted church from this writer. We can only hope so.”
—Jerry B. Jenkins, New York Times best-selling author of the Left Behind novels

“American Omens is, simply put, stunning. Stunning in the delivery of story that grabs you from the first paragraph. Take caution: it will root you where you stand until you finish the first chapter. Then you’ll be reluctant to wait longer to start on the rest. And it’s stunning in the quality of prose—vivid images and great dialogue. Travis Thrasher has written a novel that will take you on a roller coaster to unexpected places. When you finish, aside from wishing there was more, you’ll have a disturbing sense of where the future is headed.”
—Sigmund Brouwer, author of the Christy Award’s 2015 Book of the Year Thief of Glory