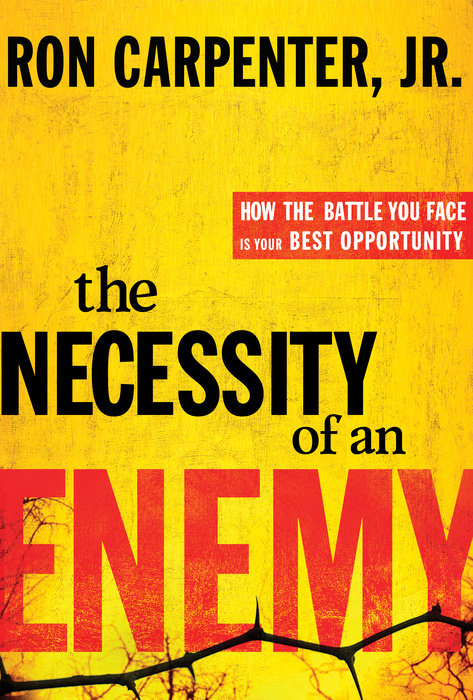 We might never have known anything about David if God had not arranged for Goliath to arise between David and his kingship. It’s a compelling storyone day David was delivering cheese and biscuits and ended up killing a giant. The next day he was carried through downtown Jerusalem, with women hanging over balconies singing songs to his name. Would any of that have happened without a great enemy?

What would the nation Israel have been without Moses facing down Pharaoh before the great migration out of Egypt? Maybe those 450 years of slavery the Jews endured would have lasted much longer.

Even Jesus lived in anonymity until Satan determined that He was more than Joseph the carpenter’s oldest boy.

Here’s why I say an enemy is a necessity: There’s a Goliath, a Pharaoh, a Satan standing between you and who you are destined to become.

As you move through life and ascend to new levels of potential and breakthrough, you’ll discover that your enemies are just as essential as your friends; in fact, they may be even more critical in your times of transition, if you’ll recognize them for the stepstools they are for you.

Enemies are indicators to you that God is planning movement in your life, and transition is right around the corner.

Excerpted from The Necessity of an Enemy by Ron Carpenter Jr.

Daily Reflection:
Have you ever sensed God’s movement in your life right after you faced an enemy? When?