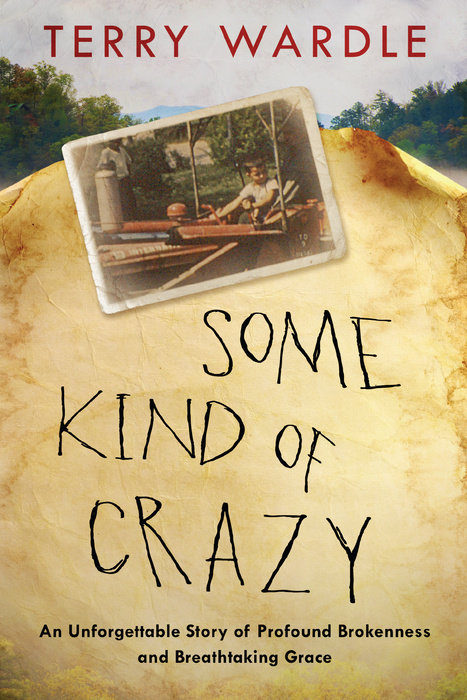 Some Kind of Crazy

An Unforgettable Story of Profound Brokenness and Breathtaking Grace

About Some Kind of Crazy

Terry Wardle grew up in the Appalachian coalfields of southwestern Pennsylvania, part of a hardscrabble family of coal miners whose cast of characters included a hot-tempered grandfather with a predilection for blowing up houses, a distant and disapproving father, and a mother who disciplined him with harsh words and threats of hellfire.

After enduring a crazy childhood, Terry graduated to a troubled adolescence, and then on to what seemed like a successful transition into adulthood, earning multiple degrees and founding one of the country’s fastest growing churches. But all was not well.

All his life, he felt he was never enough. Plagued by a truckload of fear no matter what he accomplished, he fell down the ladder of success into the deepest ditch of his life—ending up in a psychiatric hospital. Fortunately, that’s when he discovered that Jesus has no fear of ditches.

In fact, Jesus does some of his best work with people who find themselves there. In sharing his remarkable journey, Terry offers hope that healing and wholeness are possible no matter how broken a life may be. His larger-than-life story will help you move forward along your own healing path.

“Too often there’s a giant chasm between what we believe about God and what we experience in life. That’s true whether you’re a Christian or you don’t believe in God at all. Terry’s utterly honest, surprising, and powerful personal story fuses those two disparate worlds together like no other book I’ve read. If you want to know where God is in the painful reality of your life, Some Kind of Crazy is a must-read.”—Carey Nieuwhof, author and founding pastor of Connexus Church

“Telling the entire truth of our lives is painfully difficult if we take the task seriously. To flourish, we must tell our stories truly—in all their longing, grief, pathos, and joy—for the entirety of our story to meet the one true Storyteller. He is the One who heals, convicts, and liberates us to live the lives he intended for us to live before the foundation of the world. With Some Kind of Crazy, Terry Wardle has given us the great gift of telling his story truly so that we might do the same. I cannot say it strongly enough: read this book, know the Truth, and discover your life of liberation and grace.”—Curt Thompson, MD, author of The Soul of Shame and Anatomy of the Soul

“Some Kind of Crazy is raw and funny, and it will capture your heart. I couldn’t put the book down! Terry’s real-life story is worth a thousand sermons because it demonstrates the possibility of God’s amazing grace in your own life. This book is a powerful invitation to freedom from shame, performance, and failure.”—Dr. Juli Slattery, author of Rethinking Sexuality

“Many of us tend to compartmentalize—or worse yet, bury—the traumatic events of our past, failing to acknowledge the havoc they wreak on our present and future. In doing so, we bypass sacred opportunities for true freedom, lasting peace, and eternal significance. In Terry’s honest, vulnerable recounting, we glimpse not only his rugged trek through early life brokenness and pain in pursuit of healing and wholeness but our own as well. Every soul cries out for the divine love that can mend its deepest wounds, and, as this book reveals with vivid clarity, none who seek are denied.”—Peter Burgo, editor, Alliance Life magazine

“It has been said that the life of faith is one of practicing, lapses, failures, and returning. And I’ve always thought that returning was the critical part. At its heart, Terry Wardle’s astonishingly honest and inspiring book is about returning and returning and returning again to the Father, who waits with outstretched arms. So if you’re starting to think your lapses and failures have left you too far from God, this is the book for you!”—Sandra D. Wilson, PhD, spiritual director; retired family therapist and seminary professor; author of six books, including Released from Shame and Into Abba’s Arms

“A rare book indeed! Some Kind of Crazy is simultaneously readable, scandalously authentic, and deeply emotional. About halfway through my journey with Terry in this book, I realized he isn’t merely telling his story. He is helping me understand my wounds while positioning me for a healing experience with our Lord Jesus Christ! This memoir is like a light shining into the darkness for those who want to find a healing path.”—Rev. Canon Daniel W. Hardin, Anglican priest, military chaplain, and licensed marriage and family therapist

“Terry Wardle mines his own brokenness to show us how we, too, can be restored by God’s redemptive grace and healing. You hold in your hand a valuable gift. I am grateful for his insights, wisdom, honesty, and sense of humor born out of his own life and faith. I am grateful.”—Ruth Graham, author of Forgiving My Father, Forgiving Myself: An Invitation to the Miracle of Forgiveness

“Terry Wardle tells an amazing story of his harrowing journey through abuse, paralyzing fear, and a desperate search for healing and grace. For the many thousands of people who have been deeply blessed by his writings and conferences on formational prayer, this moving book tells the backstory to his powerful ministry. For others, Terry’s testimony can open a door to their own healing journey.”—Leonard Allen, dean, College of Bible & Ministry, Lipscomb University, Nashville, and author of Poured Out: The Spirit of God Empowering the Mission of God

Terry Wardle is a dynamic speaker who leads seminars and retreats designed to equip pastors, counselors, clinicians, spiritual directors, and many others in formational prayer, spiritual formation, and spiritual direction. The author of numerous books and teaching series, he is the founder of Healing Care and HCM International. Professor Emeritus at Ashland Theological Seminary, he also served as executive director of Alliance Theological Seminary. Former vice president of Nyack College, he was founding pastor of Risen King Community Church in Redding, California. He and his wife, Cheryl, currently reside in Ashland, Ohio.

Read the first chapter of Some Kind of Crazy. An unforgettable story, in the tradition of Hillbilly Elegy and Educated, that reveals how a careful look at a broken past can open a path to profound healing and a satisfying future.  This is the intriguing story of the arduous childhood of a miner's son growing up in the Appalachian coalfields of southwestern Pennsylvania. The brokenness of Terry Wardle's early life led to problems in adulthood that brought him to confinement in a psychiatric hospital. But that was not the end—in time Wardle experienced an emotional and spiritual transformation that began a journey toward greater health and personal freedom. So what does a man whose life was shaped by an often affectionate, sometimes hilarious, and always dysfunctional family have to share with all of us? Some Kind of Crazy is alternately, funny, tragic, insightful, and deeply biblical, a riveting book that will lead you to a place where God may touch and heal your own brokenness, whatever form it may take.
Request a Review Copy Request an Interview