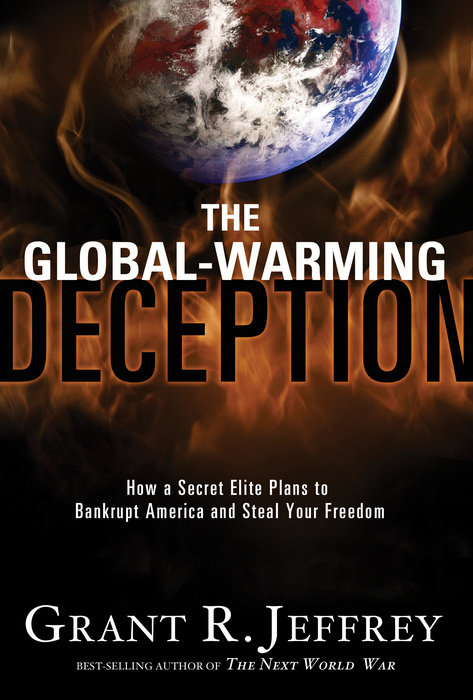 About The Global-Warming Deception

The worldwide effort to combat manmade global warming is history’s most far-reaching hoax. In The Global-Warming Deception, Grant R. Jeffrey documents the orchestrated campaign of political pressure, flawed science, and falsified data—all designed to sell an environmental lie and bring the West to its knees.

United Nations agencies use the threat of rising ocean levels, crop failure, expanding deserts, and the extinction of species to convince western nations to surrender their sovereignty. As these developments play out, we see the globalists consolidating their power.

In The Global-Warming Deception, you will find proof that:

• Laws and regulations to reduce carbon emissions are designed to destroy the free-enterprise system and drain wealth from western nations.
• The religion of eco-fundamentalism denies the existence of God and substitutes in His place the worship of the earth.
• The coming economic collapse, hastened by global-warming laws, will lead to international chaos. A one-world government will be presented as the solution, followed by the arrival of the Antichrist.

Your liberty is at stake. Now is the time to learn all you can about the socialist-Marxist elite that is advancing the false threat of global warming—the most deadly deception in history.

Grant R. Jeffrey was an internationally known author of more than twenty bestsellers and the editor of the Marked Reference Prophecy Study Bible. Recognized as one of the world's leading teachers of prophecy and an intelligent defense of the Christian faith, Jeffrey had frequent appearances on television and radio throughout the world. He studied at Philadelphia College of the Bible before entering the business world. Later he earned his masters and Ph.D. degrees in biblical literature from Louisiana Baptist University.

Read the first chapter of The Global-Warming Deception. Global warmings hidden agenda: a global socialist government Bible-prophecy expert Grant Jeffrey uncovers evidence that a socialist-Marxist conspiracy is using the lie of manmade global warming to destroy Americas economy, steal your freedom, and set the stage for the Antichrist.

QUIZ #1: How much do you know about global-warming?

QUIZ #2: How much do you know about the global-warming deception?

Grant R. Jeffrey, author of The Global-Warming Deception, wrote a guest editorial for The Epoch Times. Read the article here