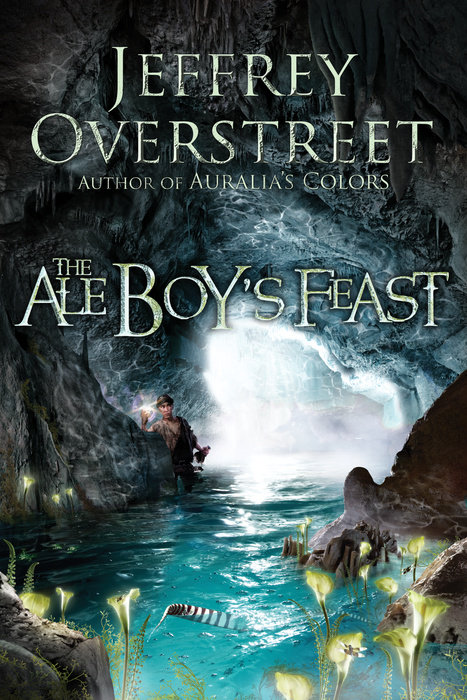 Part of the The Auralia Thread Series

About The Ale Boy's Feast

Book 4 of the Auralia Thread series

The king is missing.
His people are trapped as the woods turn deadly.
Underground, the boy called Rescue has found an escape.

Hopes are failing across The Expanse. The forests, once beautiful, are now haunted and bloodthirsty. House Abascar's persecuted people risk their lives to journey through those predatory trees. They seek a mythic city - Abascar's last, best hope for refuge - where they might find the source of Auralia's colors.

They journey without their king. During a calamitous attempt to rescue some of his subjects from slavery, Cal-raven vanished.

But his helper, the ale boy, falling through a crack in the earth, has discovered a slender thread of hope in the dark. He will dare to lead a desperate company up the secret river.

Meanwhile, with a dragon's help, the wandering mage Scharr ben Fray is uncovering history's biggest lie - a deception that only a miracle can repair.

Time is running out for all those entangled in The Auralia Thread. But hope and miracles flicker wherever Auralia’s colors are found.

Praise for The Auralia Thread

“Overstreet’s writing is precise and beautiful, and the story is masterfully told.”
—PUBLISHERS WEEKLY

“The rich details, well-developed characters, and complex story will make this a new favorite among fantasy readers.”
—LIBRARY JOURNAL

“With a skillful pen, Overstreet shows a world that exists in another dimension. A true treat to fantasy fans.”
—AUTHOR’S CHOICE REVIEWS

“The Ale Boy’s Feast is a great, sprawling poem. Its rich language moves and breathes and awakens every sense. Jeffrey Overstreet has made something beautiful here. His story reminds us that beauty is an agent of grace.”
—JONATHAN ROGERS, author of The Charlatan’s Boy

“Jeffrey Overstreet’s imagination is peopled with mysteries and wonders. Reading Raven’s Ladder is like staring at a richly imagined world through a kaleidoscope: complex, intriguing, and habit-forming.”
—KATHY TYERS, author of Shivering World and the Firebird series

“Jeffrey Overstreet writes like Van Gogh painted. He is a literary impressionist, and his understated yet vivid narrative style overwhelms the imagination. The Ale Boy’s Feast does more than just tell the end of a story; it invites the reader into the world of the Expanse with a cast of beautifully complex characters to join them in pursuit of the mystery that calls us all.”
—LINDSAY STALLONES, evangelicaloutpost.com

“Through word, image, and color, Jeffrey Overstreet has crafted a work of art. From first to final page, this original fantasy is sure to draw readers in.”
—JANET LEE CAREY, award-winning author of The Dragons of Noor

“It’s entering a beautiful dream you don’t want to leave, with exhilarating tension that takes you beyond story and into deep truths.”
—SIGMUND BROUWER, author of Broken Angel and Flight of Shadows

“A darkly complex world populated by a rich and diverse cast of characters, in which glimpses of haunting beauty shine through. Sometimes perplexing but always thought-provoking, Raven’s Ladder is the work of a fertile and striking creative imagination.”
—R. J. ANDERSON, author of Faery Rebels: Spell Hunter

Jeffrey Overstreet is the author of three previous books in The Auralia Thread fantasy series. Publisher’s Weekly called Auralia’s Colors a story “precise and beautiful… masterfully told,” and it was a dual finalist for a Christy Award. An award-winning film reviewer, he has written a moviegoer’s memoir, Through a Screen Darkly, and contributes regularly to Image and other journals. He lives in Shoreline, Washington and works at Seattle Pacific University.

Also in the The Auralia Thread Series

The king is missing.
His promises lie in ruins.
His people are trapped as the woods turn deadly.
Underground, the boy called Rescue has found an escape.

The Ale Boy's Feast is the stunning conclusion to The Auralia Thread, which began with the critically-acclaimed Auralia's Colors and continued through Cyndere's Midnight and Raven's Ladder . The woman whose colors collapsed a kingdom may be the redemption of the Abascar people and their king.