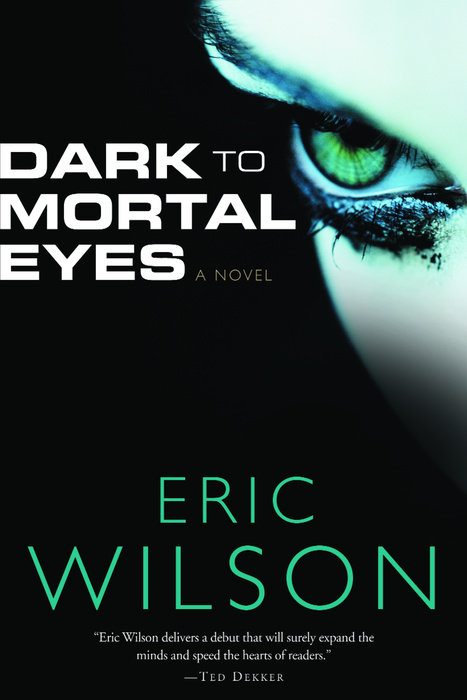 Part of the Senses Series Series

About Dark to Mortal Eyes

What You Can’t See Can Hurt You.

Returning to the hometown of her birth parents, rebellious 23-year-old Josee Walker seeks answers to long-held questions about her childhood. Her biological father, wealthy vintner Marsh Addison, wants nothing to do with her. But a determined Kara Addison sets out to meet the child she gave up years before, despite Marsh’s passionate opposition.

Five Days of Hell for a Glimpse of Heaven

When Kara disappears and her car is discovered at the bottom of a ravine, however, Marsh becomes the prime suspect. Suddenly, Marsh and Josee are forced to unite in their search for Kara–and for the truth. But there’s more to their family’s past than meets the eye. What could the mysterious canister that Josee found in the woods contain? What does it have to do with her mother’s disappearance? When an ancient evil rouses, each member of the Addison family becomes enmeshed in a terrifying supernatural battle–one with global consequences.

"With bravado and compelling prose, Eric Wilson delivers a début that will surely expand the minds and speed the hearts of readers. Dark to Mortal Eyes is a compelling tale that is surprisingly told. Wilson is set to leave his mark on the world of fiction."
--Ted Dekker , best-selling author of Thr3e and Black

"From the first page, Eric Wilson takes us on a relentless and intriguing ride in his debut novel, Dark to Mortal Eyes. With unique characters and a thought-provoking plot, he transports us beyond the physical realm, illuminating the spiritual forces at work in our world. Put it on your must-read list–Eric Wilson's novel is an eye-opening read."
--Randy Singer, Christy Award winning author of Directed Verdict and Dying Declaration


“From the opening scene, Wilson's characters in Dark to Mortal Eyes hook us by the nose and pull us headlong into a suspense-filled, action-packed mystery that consistently rides the razor's edge between life and death, and blurs the lines between the natural and the spiritual realms. This book is a delight for the imagination, and a challenge for the soul.”
--Michael D. Warden, author of Gideon's Dawn and Waymaker

“Dark to Mortal Eyes is one of those excitingly fresh, thrilling tales that linger in the mind.  The titanic clash between good and evil is memorable, and the characters unforgettable.  The rush-to-the-next-page adventure will make you hunger to read it all again.  Eric Wilson is a terrific writer.”
–Gayle Lynds, New York Times bestselling author of The Coil, Masquerade, and others

“Eric Wilson’s Dark to Mortal Eyes is a wonderful discovery. Frightening in places, provocative in others, this deeply spiritual, powerful story moves with the intricacy of a chess game played at the master’s level combined with the speed of a runaway locomotive. Eric Wilson is a great new voice.”
–Steven Womack, New York Times Notable Author of Dirty Money

“Dark to Mortal Eyes is intelligent and ambitious. Eric Wilson takes the reader through a fast-paced thriller that’s as thought-provoking as it is riveting.”
–Alafair Burke, author of Missing Justice

“Packed with intrigue and suspense, Dark to Mortal Eyes weaves a tale that awakens the mind toward eternal things.  Don’t expect much sleep!”
–Cindy Martinusen, author of The Salt Garden

Eric Wilson and his wife, Carolyn Rose, live with their two energetic daughters in Nashville, Tennessee. The author of Dark to Mortal Eyes and Expiration Date, Eric has traveled in numerous countries, feeding his love of the outdoors and his need to explore. This is the first book in the Aramis Black series.

Also in the Senses Series Series