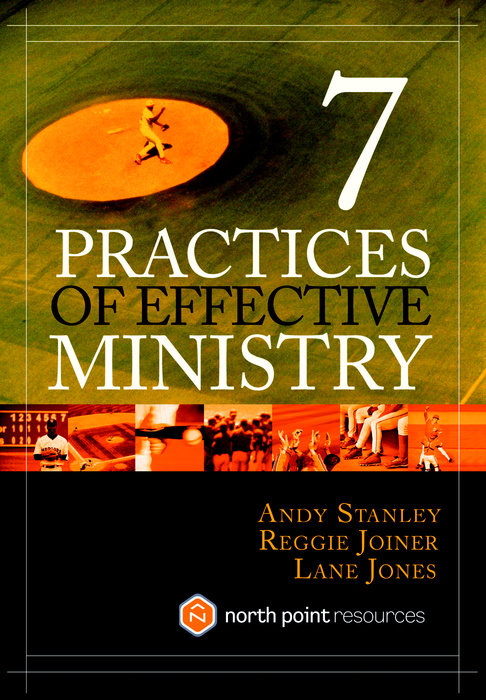 About Seven Practices of Effective Ministry

There’s no scoreboard in the sanctuary, and the only plate is probably for the offering. But every church leader needs to know how to win, and every congregation needs to know when to cheer. This insightful book speaks to every church leader who yearns for a simpler, more effective approach to ministry. An engaging parable about one overwhelmed pastor is followed by an overview of seven successful team practices, each one developed and applied in a ministry setting. Reinforced by relevant discussion questions, these clear, easy, and strategic practices can turn any ministry into a winning team.

Your ministry is perfectly designed to produce the results you are currently experiencing. If you are satisfied with those results, you don’t need this book. If not, it’s time for a change.

Like your own personal trainer, 7 Practices of Effective Ministry is an insightful guide for any leader who yearns for a simpler, more effective approach to ministry. Here are seven strategic principles that when put into play will bring focus and clarity to everything you do and turn your ministry into a winning team.


Story Behind the Book

Looking for ways to help pastors faced with hectic lives and depleted resources, Andy Stanley, Reggie Joiner, and Lane Jones decided to write a parable about the complicated life of a local pastor. Rather than come straight at those in ministry with formulas and lists, they engage readers in an effort to have them identify with the character.

“For many years, I practiced and taught church growth. What I have witnessed as a member at North Point takes church growth to a whole new level. Andy and his team communicate principles that will add value to you and the church you love.”
-John C. Maxwell, founder, The INJOY Group

“Every professional athlete recognizes the value of solid coaching. The best are always working to get better. From what I’ve seen at North Point, these seven practices can improve the game of any church in America.”
-John Smoltz, Cy Young Award-winning pitcher

“The practices covered in this book are down-to-earth, practical, and come from real difference-makers who know what church leadership is all about. Andy, Reggie, and Lane have definitely hit the ball out of the park with the 7 Practices of Effective Ministry.”
-Ed Young, Jr., senior pastor, Fellowship Church

Lane Jones is a native of Atlanta, Georgia, where he lives with his wife, Traci, and their three children, Jared, Caitlin, and Madison. He coauthored 7 Practices of Effective Ministry with Andy Stanley and Reggie Joiner, and is the executive director of membership development at North Point Community Church, where he loves to write and participate in the creative process. Lane holds degrees from Georgia State University and Dallas Theological Seminary.

Reggie Joiner is the founder and CEO of Orange. He also co-founded North Point Community Church in Alpharetta, Georgia, with Andy Stanley. During his 11 years as the executive director of family ministry there, he developed a new concept for relevant ministry for children, teenagers, and married adults.

If you end up road-tripping with him across the country on Orange Tour, be prepared to stop at every antique store along the way. He has found a way to wear orange for 3,453 days and counting.