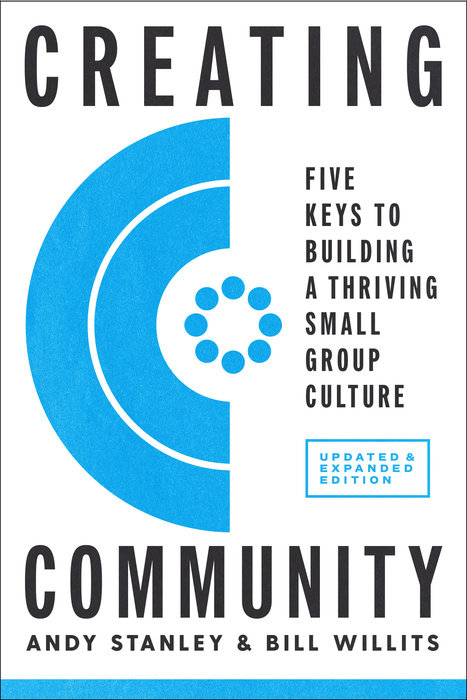 Small groups are the key to impacting lives in your church. But a healthy small-group environment doesn’t just happen. So pull up a chair. Let’s talk about how to make it happen.

Bill Willits and bestselling author Andy Stanley share their successful approach, which has resulted in nearly eight thousand adults becoming involved in small groups at North Point Community Church in Atlanta. Simply put, the five principles have passed the test. This is not just another book about community; this is a book about strategy—strategy that builds a small group culture. Creating Community shares clear and simple principles to help people connect into meaningful relationships. The kind that God desires for each of us and that He uses to change our lives. Put this proven method to work in your ministry and enjoy the tangible results—God’s people doing life TOGETHER.

“The small-group program at North Point Community Church is not an appendage; it is not a program we tacked on to an existing structure. It is part of our lifestyle. We think groups. We organize groups. We are driven by groups. Creating Community contains our blueprint for success. And I believe it has the potential power to revolutionize your own small-group ministry!” — Andy Stanley

Bill Willitts is the Director of Group Life at North Point Community Church. Bill is a graduate of Florida State University and Dallas Theological Seminary and has previously served on other church staffs in Atlanta and Dallas, Texas. His most important small group consists of his wife, Terry, and their daughter, Bailey.