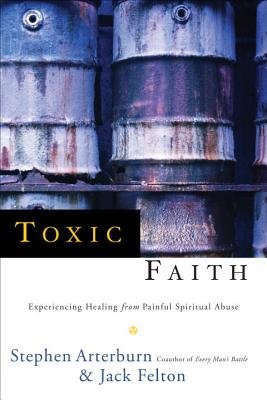 When religion becomes a means to avoid or control life, it becomes toxic. Those who possess a toxic faith have stepped across the line from a balanced perspective of God to an unbalanced faith in a weak, powerless or uncaring God. They seek a God to fix every mess, prevent every hurt, and mend every conflict.

Toxic Faith distinguishes between a healthy faith and a misguided religiosity that traps believers in an addictive practice of religion. It shows how unbalanced ministries, misguided churches, and unscrupulous leaders can lead their followers away from God and into a desolate experience of religion that drives many to despair. Toxic Faith shows readers how to find hope for a return to genuine, healthy faith that can add meaning to life. In the words of the author, “I want to help you throw out that toxic faith and bring you back to the real thing.”

Jack Felton is a licensed therapist and an ordained minister at New Hope Christian Counseling Center and is president and founder of Compassion Move Ministries.  Jack Felton is a frequent lecturer in the Southern California area and has numerous local and national television and radio appearances to his credit. He and his wife, Robin, and his children, Jack and Christy, live in Huntington Beach, California.