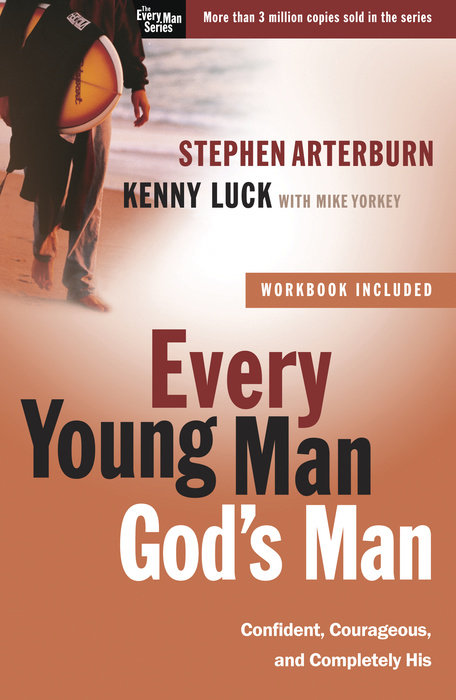 Confident, Courageous, and Completely His

About Every Young Man, God's Man

Live life the way Jesus did. To the extreme.

• Does faith do more than keep me from the fun everybody else is having?
• Why do I think about sex so much?
• Why should I obey God when nobody else does?
• What's definitely okay and not okay with God?
• Does God really expect so much of me?

You want solid answers to your deepest questions? Every Young Man, God’s Man will answer them all.

It's time to go to the dark and difficult places in your heart, and stand up in God's power in all the battles you face. With Every Young Man, God’s Man you will find yourself full of spiritual confidence and courage. You'll see how faith makes sense in the light of who God is and how much He cares about you. And the bottom line: You'll discover that it doesn't get any better than living as God's man--confident, courageous and completely His.

Get ready for some gut-punching honesty and real-life stories about how to be God’s man. Right now.

“Every Young Man, God’s Man pulls no punches in challenging young men to declare their loyalty to Jesus Christ early and not waver in a lifelong pursuit of His ways and plans. All important issues are explored with refreshing candor, from personal holiness to sexual purity to spiritual warfare and more. Every young man eager to make his life count will gain huge benefits from this book.”
–Josh McDowell, author and speaker

“Every Young Man God’s Man does more than just warn young men of the dangers that lurk in the shadows of adolescence. It gives them hope that they can overcome and conquer their fears. Every chapter is filled with the kind of practical, down-to-earth advice that will arm young men against the assaults of sexual temptation, peer pressure, and isolation….No overly simplistic solutions found here, just solid, scriptural principles that create Godly young men. My sons will read this book–very soon!”
–Ross Parsley, Associate Pastor, New Life Church

“Kenny Luck has a brave and raw style that grabs you by the throat and, at the same time, gently moves you to want to change. He is able to talk about the dark, secret, and tough places that most guys would prefer to keep secret. He says things that others only think of saying with the clear intent to help guys experience God's love and power for their lives.”
–Doug Fields, Pastor to Students at Saddleback Church, author, speaker, President of Simply Youth Ministry