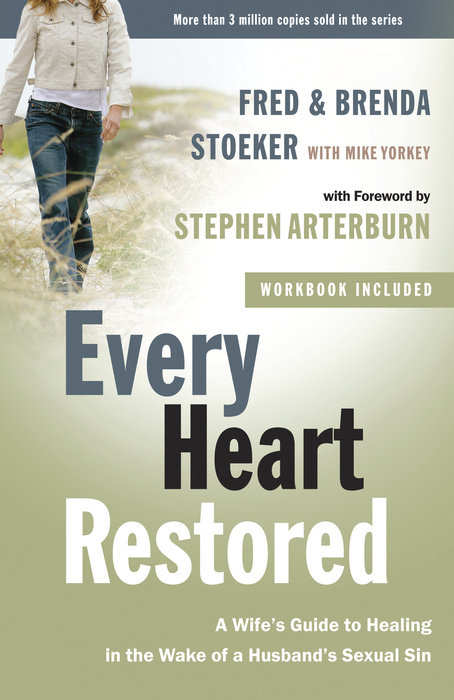 About Every Heart Restored

Wholeness and Healing for Women Caught in the Crossfire.

Over the past decade, nearly 400,000 men have found inspiration and hope in Every Man’s Battle, the best-selling men’s guide to victory over sexual sin. Now, here at last is the book for every woman who has become a casualty in the fight for sexual purity. Every Heart Restored offers godly guidance and wisdom for a woman facing such personal betrayal.

“WHAT DOES GOD EXPECT FROM ME?”

“HOW CAN I TRUST AGAIN?”

“IS IT POSSIBLE TO OVERCOME PAIN AND UNFORGIVENESS?”

“CAN MY MARRIAGE BE REBUILT?”

Filled with stories from wives and husbands at every stage in the struggle for sexual purity, Every Heart Restored addresses the questions and real-life issues that matter to you most. Whether you are facing the startling new revelation of your husband’s sin, dealing with a long-term problem, or cleaning out an old wound, Every Heart Restored will meet you where you are and guide you to healing greater than you imagine possible.

Brenda Stoeker is a registered nurse, mother of four, and seasoned marriage teacher with life experience in rebuilding a broken marriage.