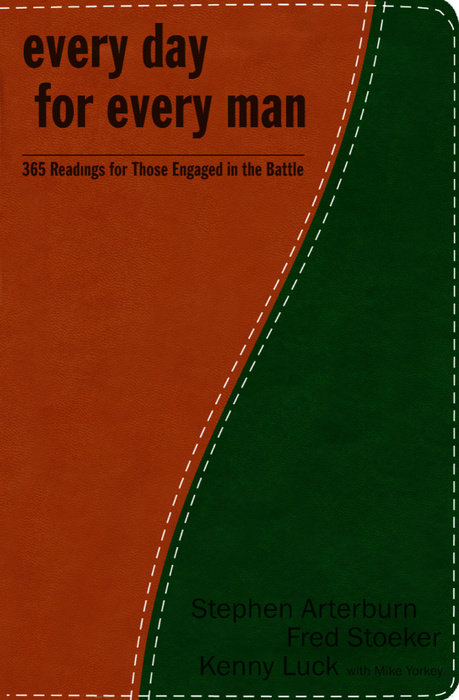 Every Day for Every Man

365 Readings for Those Engaged in the Battle

About Every Day for Every Man

It’s Time to Gear Up for Battle

You’re bombarded with temptation daily, pressured from every side to compromise your sexual, spiritual, and personal integrity. Sometimes you feel as if you’re standing alone, fighting a losing battle for honor in our anything-goes culture.

It takes guts–and a firm commitment–to align yourself with God’s unchanging standards no matter what the world, your coworkers, or even other Christians define as “normal.” And Everyday for Every Man provides the hard-hitting challenges and encouragement you need to live with integrity and purity in every area of your life. Adapted from the best-selling Every Man series, each one-page daily devotional tackles sensitive topics with frankness and honesty and reinforces key principles for building moral strength.

With 365 power-packed readings, Everyday for Every Man equips you with the weapons and armor you need to fight temptation each day–and emerge victorious.