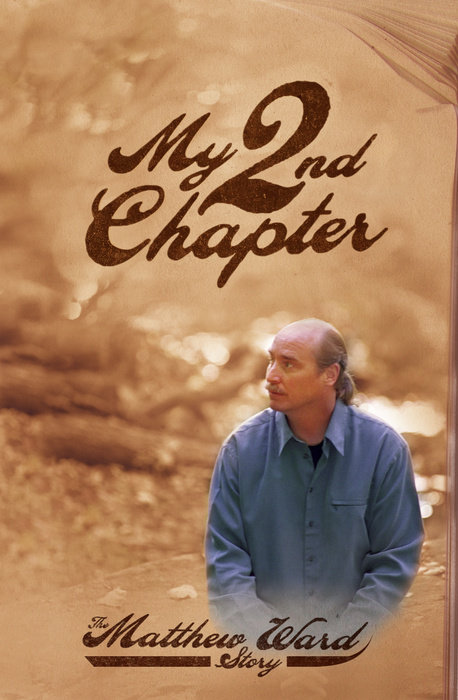 About My Second Chapter

Known for such classics as “Easter Song,” the Second Chapter of Acts was one of the major music groups in the forefront of the Jesus movement. But what happened, in the wake of personal tragedy, to bring together a brother and his two sisters to sing so boldly for their Lord? And what was life really like for a major contemporary Christian band in those early days?
In My Second Chapter, Matthew Ward tells his part of the storyfull of intriguing and humorous behind-the-scenes anecdotes and observations: growing up in a large family…orphaned at age twelve…finding the Lord in the California Jesus movement… becoming a music star…traveling the world…battling cancer…raising his own family … and much more all revealing God’s faithfulness in every circumstance.
Join Matthew on his amazing personal journey from tragedy to dynamic faith that helped set contemporary Christian music on fire. And discover how God chooses whom he will to accomplish great and mighty acts.

Praise for My Second Chapter


“I remember hearing Second Chapter of Acts for the first time. It captured me on so many levels.  But the thing I remember the most was one voice. I had never heard anyone sing like Matthew Ward, whose voice and style are so uniquely his own. His voice was and still is one of the greatest I have ever heard. What a privilege for me to come to know Matthew and learn that the complexities and qualities of his talent don’t compare to the compassion of his heart.  He has been an example to so many of what it is to walk out one’s faith.”
–Michael W. Smith, multiple Grammy-award-winning singer/songwriter


“Matthew Ward believes that since we are all terminal, what’s important is what we do with what we’ve got. Matt has already done a lot with what he got, and I’m glad that one of those things now includes this book. His words ring as bell-clear, just like his one-of-a-kind tenor voice. I found this a charming and disarmingly human read. Not all musicians can write. Matthew Ward has been twice blessed.”
-- John Fischer, senior  writer, PurposeDrivenLife.com and author of Confessions of a Caffeinated Christian

“As a high-schooler I would try to catch a Second Chapter concert whenever the group was in the area (no up-front ticket cost sure helped!) There was always a sense of curiosity about their background, though, as they seemed to shun the contempory Christian music limelight. Even as I’ve gotten to know Matthew and his family better, there have always been more unanswered questions–where did Second Chapter’s unique sound (and his amazing voice) come from? How did he cope with losing his parents so early in life? What was the early ‘Jesus music’ scene like? How did his bout with cancer affect him? Finally Matt answers these questions for each of us who have been so influenced by his music and testimony From his first days in the Jesus music scene and then his continuing solo career, from goof-ball pranks to a life-and-death bout with cancer, and from early struggles with Christianity to his challenging outlook on today’s Christian music, fans like myself finally have the story we’ve waited for!”
–Kurt Heinecke, director of music, Big Idea, Inc., and six-time Dove Award winning producer and composer, VeggieTales®


“Reading Matthew’s book was like getting a backstage pass to watch Matt’s life unfold. and see how, from behind the scenes, God shaped both his life and music. Matthew’s storytelling made me laugh, cry, and ponder my own journey. How worthwhile to get a close look at the life of the man God uses.”
–Kevin Harrison, board member of Childern’s HopeChest and Chick-fil-A owner/operator, Yorktown, VA


“Funny, sad, moving, inspiring, and sometimes outrageous. My Second Chapter is pure undiluted Matthew Ward. Reading this book is just like hearing his story straight from his own mouth: conversational and passionate with not only a clear view into his life and heart, but also an inside view into Christian music history (a history he helped create with many others he discusses) and an intimate look inside Second Chapter Acts.”
– Devlin Donaldson, co-founder of The Elevation Group and co-author of Pinocchio Nation


“My Second Chapter chronicles the life of one of Christian music’s pioneer voices. Both profound and humorous, Matthew takes you on a behind the scenes virtual tour of Contemporary Christian music’s roots as he tells his miraculous story.”
–Paul Baloche, recording artist, songwriter of “Open the Eyes of My Heart”

Matthew Ward formed the Second Chapter of Acts with his sisters Annie Herring and Nellie Wardone of Christian music’s first super groups. In recent years he has ministered through live concerts across the country. His most recent CDs are “My Redeemer” and “Even Now.” Matthew and his family live in the Colorado Rocky Mountains.