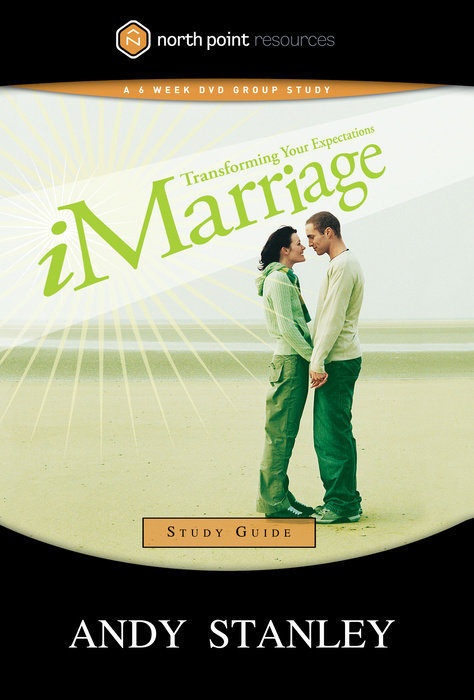 Until Expectations May You Part

Giddy with excitement and burning with love’s fire, engaged couples are filled with desires and expectations! Wonder and eager anticipation propel them forward. Then comes the marriage and if they take the wrong approach, those unrealized expectations and unmet wants can turn a life-giving covenant relationship into a dead-end contractual agreement. Suddenly your marriage has no love, joy, or peace. In this marriage-makeover DVD and study guide from Northpoint Resources, Andy Stanley ’s three key teachings help you transform your expectations and examine the “I’s” of marriage: “Keeping My ‘I’ On You,” “Putting Your ‘I’ Out,” and “It Takes Three.” Broken into six DVD sessions with discussion questions, this is one lesson your marriage won’t survive without.

Until Expectations Do Us Part

So what are you to do with your expectations? You can’t deny them because most expectations started out as God-given desires. In this six-session companion study guide to the DVD, Andy Stanley explains that you must instead learn to transform your expectations and look to God if you are to experience marriage as it was designed.

This study guide is complete with a leader’s guide and six lessons including conversation-starting exercises, discussion questions and application steps.

Andy Stanley is the senior pastor of three North Point Ministries campuses, with a cumulative congregation of more than twenty thousand. As couples voiced their various marital struggles to him, the common root problem became undeniably clear. The “me” syndrome, or the “I” effect, was tearing apart husbands and wives who were once head-over-heels in love. To help couples step back from their immediate circumstances and realize the bigger picture, he preached a series called “iMarriage.” This DVD and study guide will empower couples everywhere to transform their marriages into the one God intends for them.