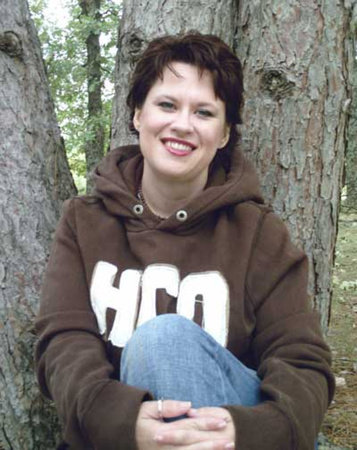 Tracey Bateman lives in the Missouri Ozarks with her husband and family. With more than 30 novels in print, including Thirsty and Tandem, Tracey spends all her time telling tales, creating characters, and dreaming of other worlds.

NEWS: The Widow of Saunders Creek Reviewed on USAToday.com and BookReporter.com

The Widow of Saunders Creek, by Tracey Bateman, was featured on USA Today’s “Happily Ever After” blog. Go here to read why this book is “fresh, compelling, romantic and a little bit scary.” The book was also reviewed on BookReporter.com, available here.

Corrie Saunders, a young widow clutching to what little she has left of her life, has retreated to her husband Jarrod’s family home.  Though she seems to feel Jarrod’s presence in the house, his cousin, Eli, knows better. It’s only through Eli’s faith that she can find her footing again, and the one she can truly put her faith into.

Learn More About the Book

SNEAK PEEK: The Widow of Saunders Creek by Tracey Bateman

A grief that knows no boundary. A love without any limit. A need that doesnt end at death.

A young widow encounters an otherworldly force occupying her late husband’s family home, and through faith and love, finds the strength to confront it.

Tandem, by Tracey Bateman, was reviewed on TheChristianManifesto.com

As obsession and loss become dark partners, how far must the people of Abbey Hills go to survive?

Download and read the first two chapters of  Tandem by Tracey Bateman.

Lauryn McBride is grateful for the opportunity to save her familys business from bankruptcy by overseeing an auction in Abbey Hills. But the arrival of a peculiar woman and the return of a former almost love draws her attention away from her singular goal of protecting her aging father. When signs emerge indicting that ritualistic murders have returned to Ozarks, Lauryn is pulled into a battle against an ancient evil.

Download and read the first two chapters of  Tandem by Tracey Bateman.

The February issue of Christianity Today includes a feature article on the vampire trend in publishing. Tracey Bateman, author of Thirsty, and Beth Felker Jones, author of Touched by a Vampire were both interviewed for the story. Click here to read.

Much more than Nina Parkers heart lies in the balance.

Recovering alcoholic Nina Parker returns to Missouri to start over, but theres been a gruesome murder. Her daughter shuns her. Her ex-husband fights to protect her. And an obsessed stranger lives for one purpose: to consume her very soul.

Sign up for Tracey Bateman related news and releases from Penguin Random House.