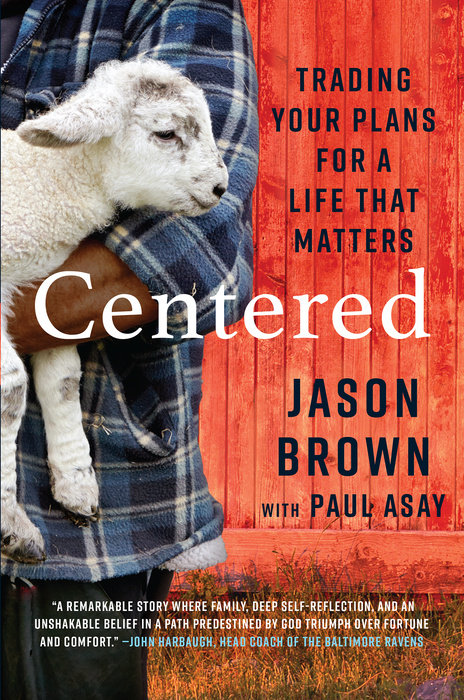 This riveting story of a top-earning NFL center and his family who walked away from it all to follow God’s call to alleviate hunger as farmers–a life they knew absolutely nothing about–illustrates the sacrifice and ultimate reward of obedience to our heavenly Father even when it doesn’t make earthly sense.

NFL lineman Jason Brown had everything he could ever want. He was the highest-paid center in the game, lived a life of luxury, and was cheered on by millions of people every week. Then, in 2012, Jason heard a call from God that changed everything. Jason turned his back on an incredibly successful career in football to pursue a new dream: ending hunger. But through third-party mismanagement and bad luck, Jason lost most of his savings from the NFL–the same money he’d [ … ]

Sign up for Paul Asay related news and releases from Penguin Random House.